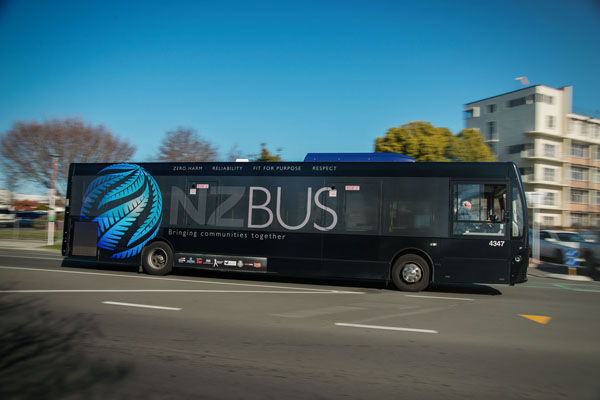 NZ Bus is New Zealand’s largest urban public transport business and operator of metropolitan bus services, built on a 25-year track record as a successful bus operator. From 2018, NZ Bus will own and operate a fleet of over 630 buses from 11 depots and employ approximately 1,300 people. The business is underpinned by long term contracts averaging 8 years in Auckland and 11 years in Wellington.

Our management team is widely recognised for its commitment to innovation, value creation, health and safety and its proactive approach to environmental management.

NZ Bus is an industry leader in its operations with a highly experienced management team, long term contracts with sustainable operating margins, best-in-class IT systems and innovative cost management solutions. Together, this makes NZ Bus one of the most successful bus operators in New Zealand with punctuality and reliability performance exceeding benchmarks.